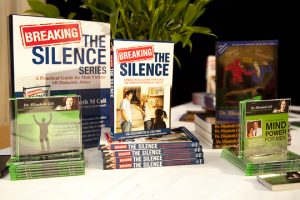 For men, family and friends

“Every marriage has its ups and downs, it’s hard times … this is a phase … it has to be”.

There’s no need to make a big deal out of every argument or disagreement. Even if she gets upset easy, that’s women, they’re more emotional anyway. It’s just part and parcel of a relationship after all, right?

Figuring out if your relationship has normal disagreements, arguments and ups and downs, or of it’s slipping into abusive and violent…. well, let’s face it, it’s not a choice we really want to have on the table, let alone decide on.

Who needs that kind of drama, let alone control issues, to contend with? Especially in the middle of work pressures, getting ahead, getting that promotion, raising a family, keeping the finances steady for everyone. There’s no time to shake up your most treasured personal relationship like that.

Is this relationship normal? Do other couples go through this too? 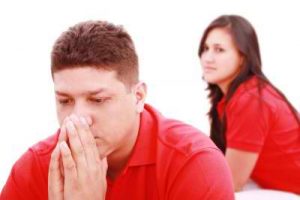 When you have arguments…. correction, when you & your wife have regular arguments, the questions arise at some point.

Is this normal? Are we normal? Is our relationship normal? Do other couples argue like this too?

It’d be ok if there was bit of a spat and you bounce your opinions around about the disagreement, as uncomfortable as that may be. But you ultimately reach an agreement, preferably sooner rather than later, get back your peace of mind, a few laughs and be happy.

So why do you still feel really bad, worn out, less confident than before? How long do you wait to see it get better? Will it ever get better?

Your friends and family are at just as much of a loss to be able to answer those questions. They’re pure and simply worried about you and wondering what they can do make it better also.

The thought of even applying the word “abusive” to your relationship seems so far out there, it’s thrown out as an option pretty quick. And fair enough.

That’s where “Breaking the Silence –a practical guide for male victims of domestic abuse”, could be a useful tool for men. But we’ll come back to that in a moment.

Many men in facing challenges in their relationship have said the same things, feeling embarrassed or ashamed that she could even get to him this much. Feeling like he just had to be patient and let her settle, then they could speak rationally. But that opportunity never seems to come around. Questioning his own manhood, masculinity. He’d doubt himself and wonder why he couldn’t just “suck it up and get over it, it’s not that bad after all”.

So you keep looping in your thoughts. Kept feeling worn down. Confidence getting lower by the day.

Then there’s those other lingering, silent questions …..

What a lot of men and a lot of the community aren’t aware of, is how common this silent phenomena is. Unfortunately too common.

Being loyal ….. perhaps TOO loyal? 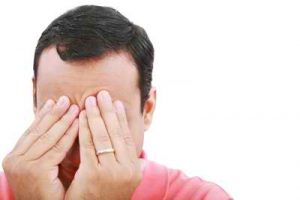 Besides, you still love her, she has beautiful qualities, we have some good times too. You don’t want to betray the loyalty you have for her, your marriage, your kids.

You made a commitment, through good times and bad, there’s more I can do to make her happy. Everyone has their tough times. She’s a good mother for the kids, the kids needs their mother, they need their parents to be there for them.

If only the kids didn’t have to see those fights? The shouting, the arguments, the upheaval. If only you could have some calm discussions to sort things out. If only you could understand why she gets so upset so in trying to make her happy and make things better, you end up walking on egg shells. Feeling like no matter what you do, it’s never enough.

Caught between a rock and a hard place, it’s easier to just turn a blind eye to it, no need to make a big deal out of it. Keep doing better at work, try not to upset her again. It’ll sort itself out, it’ll get better. We’ll work on it somehow.

The Australian Bureau of Statistics Personal Safety Survey of 2013 reported;

What we can see from this, so many men suffer in silence. Too shocked, ashamed or confused to say anything. Worse yet, anxious to say anything in case they make it worse.

Professor Alfred, Professor Dear and researcher Tilbrook of Edith Cowan University stated from their Intimate Partner Abuse of Men research project – “…participants reported that men are reluctant to disclose what is happening to them or to seek help. The major factors appear to be men’s denial of what is happening; their fear that they will not be believed, and their fear that even if they are believed they will not be assisted or will be blamed for the abuse.”

The Australian Bureau of Statistics (2013) further showed that of the men who experienced this abuse and violence;

That’s a lot of men suffering in silence. Even if concerned family and friends notice something, they may be unclear what it 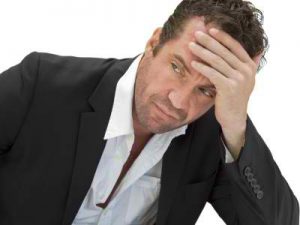 is or what they can actually do to help.

We often hear these days that 1 woman a week will die from a domestic violence related issue. Of course, support and assistance is needed in this area too. What we don’t hear often is recent research data, as reported by Bryant and Cusson (2015) report;

A very effective place for supportive public acknowledgement would include family and friends to read this one-of-a-kind book, “Breaking the silence – a practical guide for male victims of domestic abuse”, the only one written specifically for men in this situation with their female partner/wife.

They’d be able to relieve some of their concerns with some reliable information. Then be able to give you a clearer answer in the process. At least be able to hear you out, understand you and acknowledge your experience, if you do want to say something. Appreciate that what you’re going through is for real and tiring, difficult, like there’s no way out. 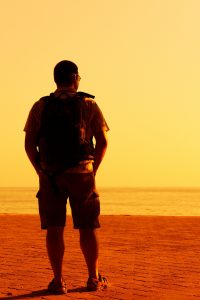 No wonder men felt stuck, worn out and less confident ….

You might not believe it, but a little information, accurate non-gender blaming information, CAN relieve your mind and boost your confidence.

Several years ago, after publishing my first book – “Regular Joe vs. Mr. Invincible -The Battle for the True Man” – many more men were encouraged to book consults and chat. Many men came to me with a range of challenging situations, including challenging relationship matters. As I assessed further and understood their situation better, especially ones we unraveled as bordering abusive, I sought further information for them. I couldn’t find other information for them. What?

There was plenty about women experiencing abuse from their husbands. There was next to no other gender neutral, non-gender blaming, information that I could support my male clients with. I couldn’t believe it.

No wonder these men stayed stuck longer than they needed to. No wonder their marriages kept deteriorating. Such little information and guidance didn’t exactly help them get unstuck from this situation. Information that could have been supporting them with some good know-how to improve what they could. Their walking on egg shells could have been understood earlier. Their stresses about the effect on the kids could have been nipped in the bud earlier too. Sooner rather than later.

Further information to either rule out “abuse” and know that their relationship was normal or perhaps a little difficult in places, but relatively normal and fixable. Most importantly though, information, insights and guidance that if abuse was present they could pick it and figure out what they could and couldn’t do in their situation. Where they could fix it and what that required.

After two years of waiting for such resources, I bit the bullet and wrote this important resource, “Breaking the Silence – a practical guide for male victims” myself. The need to acknowledgement and validate men’s experiences for this social health issue needed this resource. It also motivated me to develop more resources for men and concerned family and friends, with information, practical tips and actionable solutions.

I believe men deserve to regain their clarity, personal control and find his peace of mind again. If not for himself, for the benefit of his kids who are likely confused and uncertain.

While it’s great there is more being done about Domestic Violence these days, the sad part is that male victims ae still largely ignored. Being silent victims makes it increasingly difficult for men to not only get help but also be treated in way that aids psychological healing. Breaking the Silence is a great resource for men and their supporters. It’s a useful and practical guide for men to stay safe but also helps to highlight the impact of domestic violence on men. As a male health professional, this one I’m grateful to have on my bookshelf.

Breaking the Silence – The Kit for men, family and friends

First of all, let’s answer those confusing questions – is this normal, do all couples have this kind of thing, how long til it gets better? Better to have answers sooner rather than later.

Either way, this book shows how to try and restore fairness in a relationship, under normal or abusive situations, and work toward having less tension, less unpredictable flare ups and less nasty disagreements.

For those watching their son, brother, father or mate in a difficult relationship, this book is a must read to understand what may be going on. As a support and practical resource for concerned friends and family, the checklists highlight where things may be going off track. If he does trust in you to start the conversation, at least you’ll be armed with some facts and can feel more empowered to share some support and point him in the right direction.

What’s in the “Breaking the Silence” Kit?

With all the media badgering about domestic violence as a gendered issue, there’s never been a better time to get past the 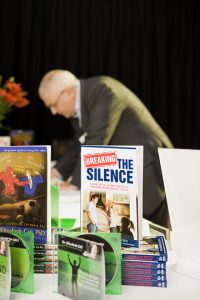 confusion and gender blaming to discover the facts and regain control of your situation.

For those wanting to get ahead from a challenging relationship, the “Breaking the Silence” kit is here to give you the answers you’re searching for.

In your Breaking the Silence kit, you get; 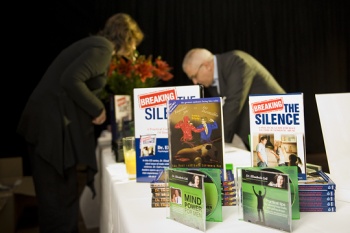 “Dr Celi’s book has been passed round and re-read many times in our office. It has helped us to deal with the different scenarios that we face, supporting abused men, with confidence. It helps our volunteers to understand the context in which abuse of men happens, the difficulties men face in getting help and a range of skills to help men to heal and move on in their lives. Breaking the Silence is a rich resource either for men who have experienced abuse in their lives or anyone who wants to understand this complex societal problem.”